Bamenda: Play kids discover a bag, with a gun inside 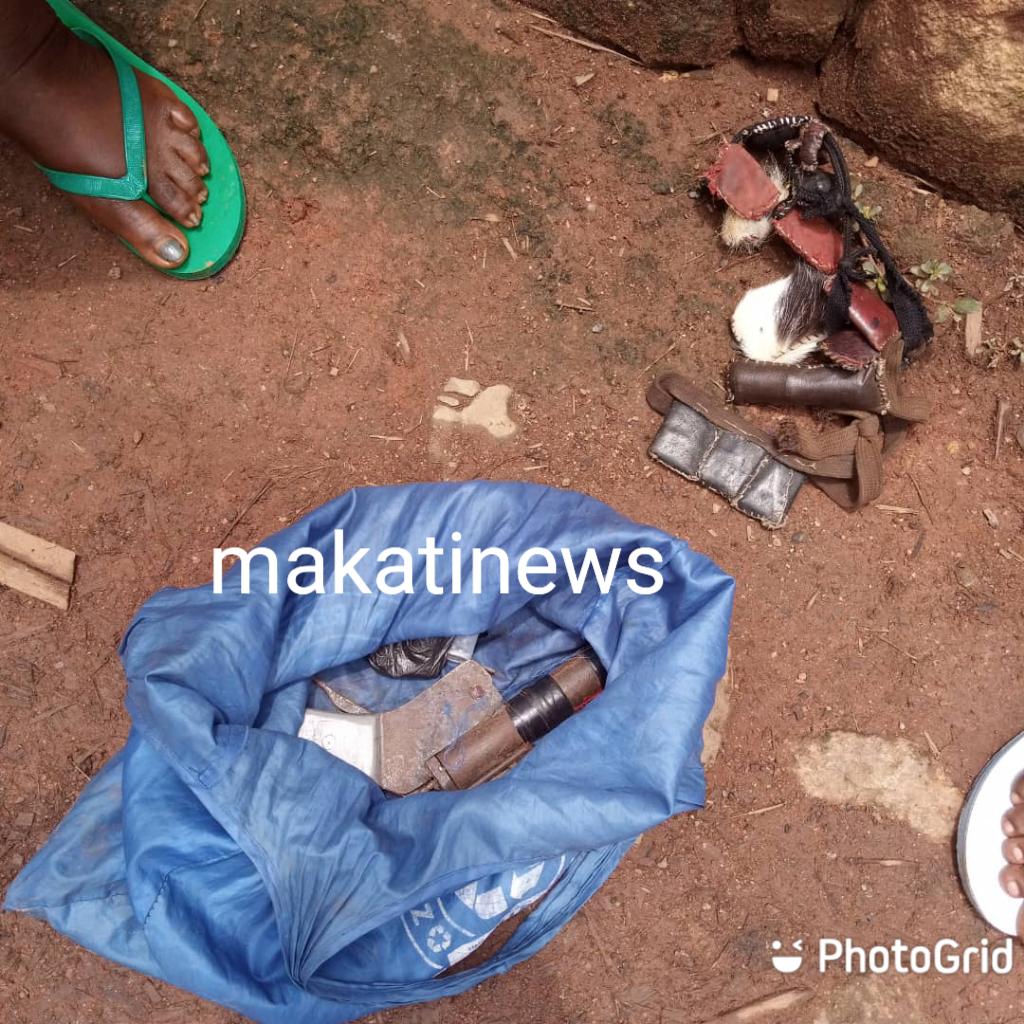 A pistol locally made, cartridges and some herbal protection items, known as "liar" was discovered Monday 6th of September 2021,at the neighborhood of cow street Bamenda III, by kids who were playing.
The gun and the associates items were in a bag at the time of discovery. The kids happened to have stumbled on the bag, opened it and discovered the content.
" My son and friends were playing and all of a sudden he came shouting to me, mama, I have seen a gun. I was shocked, he showed me the bag, and i immediately asked them to go keep it where they took it from. My neighbors and i called for Army rescue who came and took the bag away. That's all i can say". An eye witness and mother to one of the kids said.
Elements of the army rescue who arrived the scene led by its commander, Paul Taku, are reported to have dismantled the pistol and taken it away.
The residents of cow street are yet to understand who must have kept the bag containing the gun and cartridges around the area.
Many have been quick to suspect armed bandits who go around terrorizing the neighborhood.
The discovery of the bag with the gun, comes barely a day after gun men attacked a "njangi" house on Sunday 5th of September in the evening, at Ntamulung above cow street, killing a member and taking money.
It has become a common phenomenon as rampant cases of gun attacks are reported on daily basis in the city of Bamenda, given the insecurity nature of the town and its neighbouring villages.
Makatinews.com
WhatsApp us 671930568