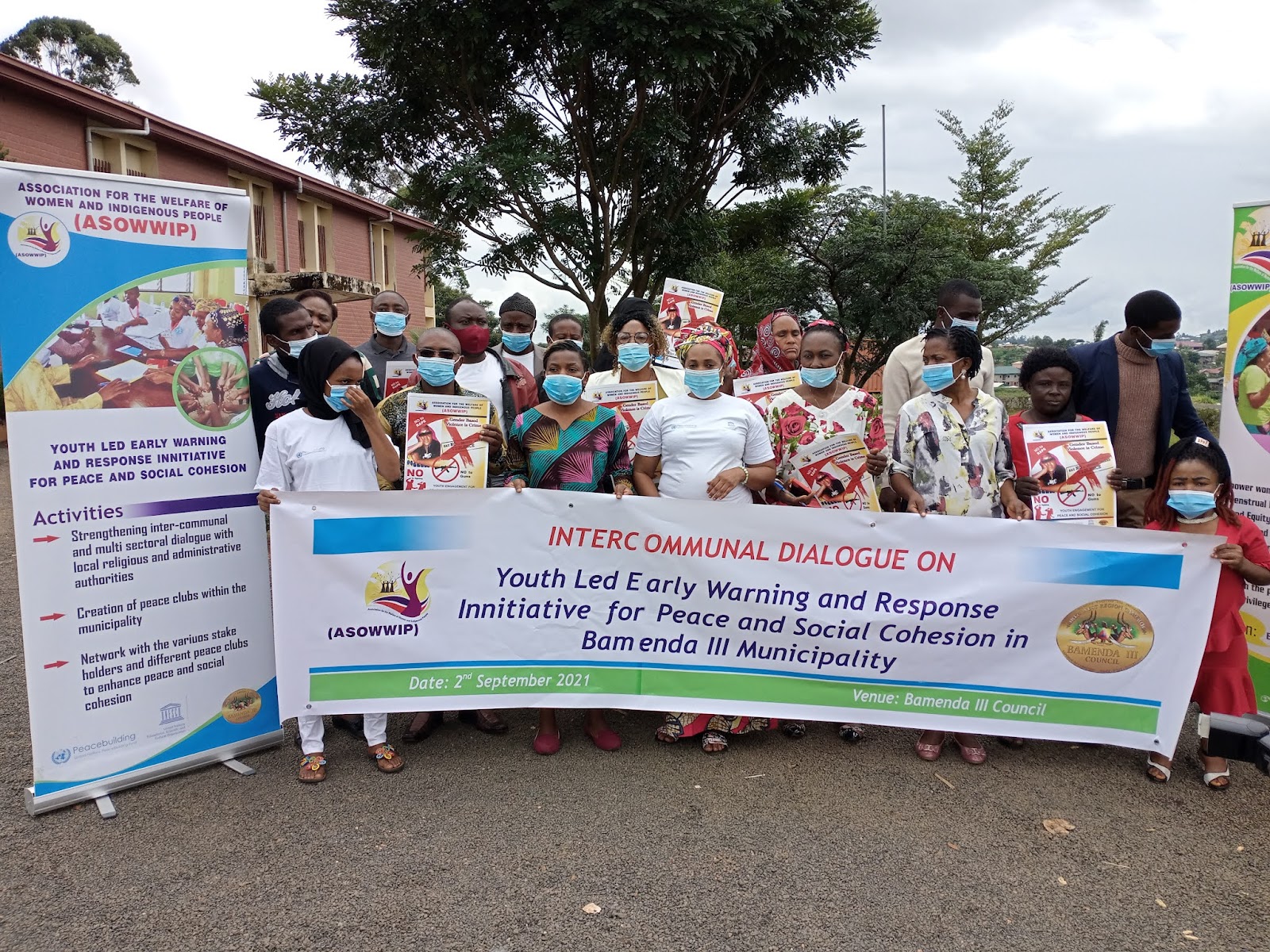 With the anglophone armed conflict entering its fifth year with no solution envisaged with calls from NGOs and other national and international bodies for a cease fire and genuine dialogue, fighting still intensify as seperatists fighters now targets government  forces in their bases and on the major streets of the North West and South West regions of Cameroon.
At the time of school resumption for 2021- 2022 school year, major roads linking various divisions of the North West region like the Bambui- Fundong, Bamenda- Bali - Ekok stretches of roads are barred from car circulation. A ban imposed by Amba fighters making it hard for movements of pupils and students to move in and out of these areas.
It is on this back drop that with the technical and financial support from the UN Peace Building Fund, and implemented by UNESCO, the "Association for the Welfare of Women and Indigenous People" ASOWWIP, has educated and sensitized the population of Bamenda III on peace building and mediation, in a project strengthening Community Dialogue to End inter communal dispute in the North West region.
Collaborating with UNESCO, ASOWWIP, engaged in bringing. youths and stakeholders on board to curb violent extremism with the theme "Youths -led early warning and response initiative for peace and social cohesion" in Bamenda III municipality.
In a one day serminar, on Thursday September 2nd 2021 at the Bamenda III council hall, the participants brainstormed on the creation of a platform for community dialogue with multi sectoral, intergenerational actors to contribute significantly to maintaining sustainable peace and social cohesion in the municipality.
Working in groups and sharing exchanges, participants resolved on;
- Enhancing and strengthening inter communal dialogue with different stakeholders on peace and social cohesion within Bamenda III.
- Creat four peace clubs within the municipality, including schools that will pilot activities geared towards maintaining peace and social cohesion, identification and analysing on peace and social cohesion in Bamenda III.
While responding to the question, if it it not late, talking of "Youths and early warning and response initiative for peace and social cohesion, when the armed conflict in North West and South West Cameroon is in its fifth year?
_" I don't think it is too late to talk about peace , the youths coming out today is to know the warning signs, the effects and threats of these signs to social cohesion. I think it will be a great step towards peace building. It's for the future and youths are future leaders and the training of youths clubs is going to guide students to understand social cohesion and know how to live peacefully in their community." 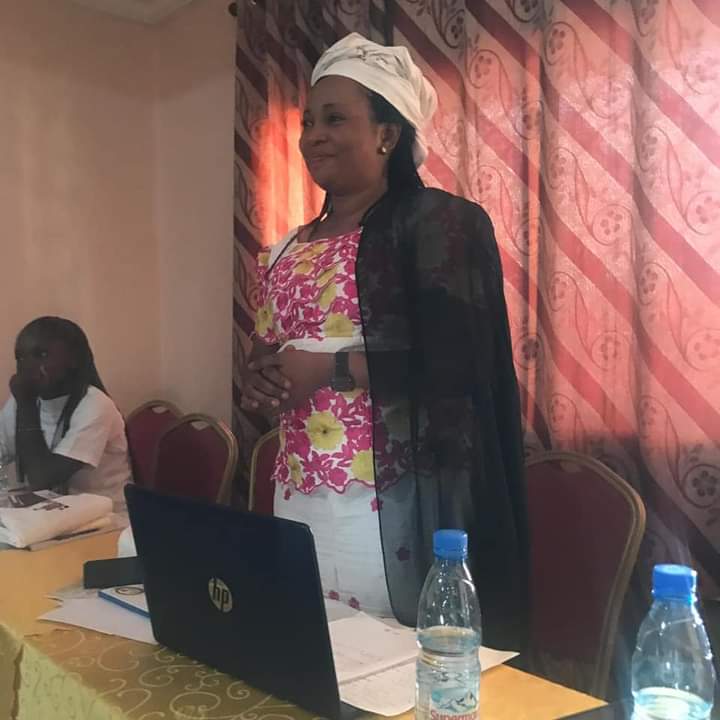 Ramatu Abdu; coordinator of ASOWWIP.
The initiative was articulated around trust building through dialogue , active listening and positive social interactions in two groups.
Akumbom Elvis Mc carthy
WhatsApp us for news and inquiries on :671930568