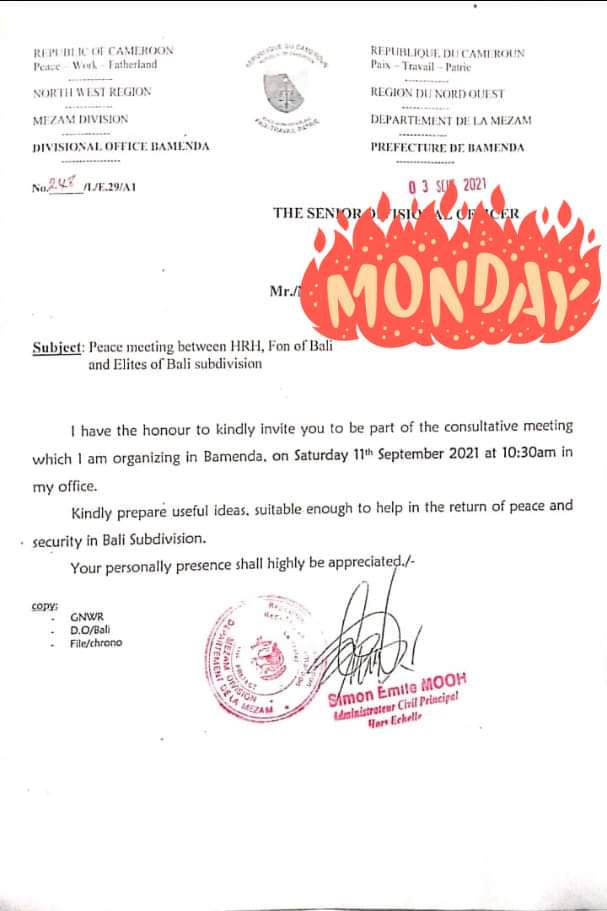 It is almost two months since the SDO of Mezam Simon Emile Mooh, issued a release banning the circulation of motor bikes in Bali sub division.
This followed the killing of four security forces in Bali by separatists fighters.
The effects of the ban has been disastrous following a counter decision from separatists fighters in Bali, banning the movement of vehicles in the sub division.
The population of Bali have been going through untold hardship and challenges ,couple with the constant attacks by security forces in the sub division,in a bid to tackle separatists fighters.
Of recent was the attack in a presbyterian church in Ntafoang Bali, that led to the dead of a christain ,one Ma Grace and the rev. pastor of the church wounded.
The Bali sub division has been the centre of clashes between separatists fighters and government forces in recent days and the level of insecurity is a call for concern.
It is on this back drop that the SDO of Mezam has summoned a gathering, call PEACE MEETING with the fon and elites of Bali sub division in his office on Saturday 11th of September 2021.
The out come of the meeting is highly expected by the people of this sub division.
WhatsApp us on 671930568