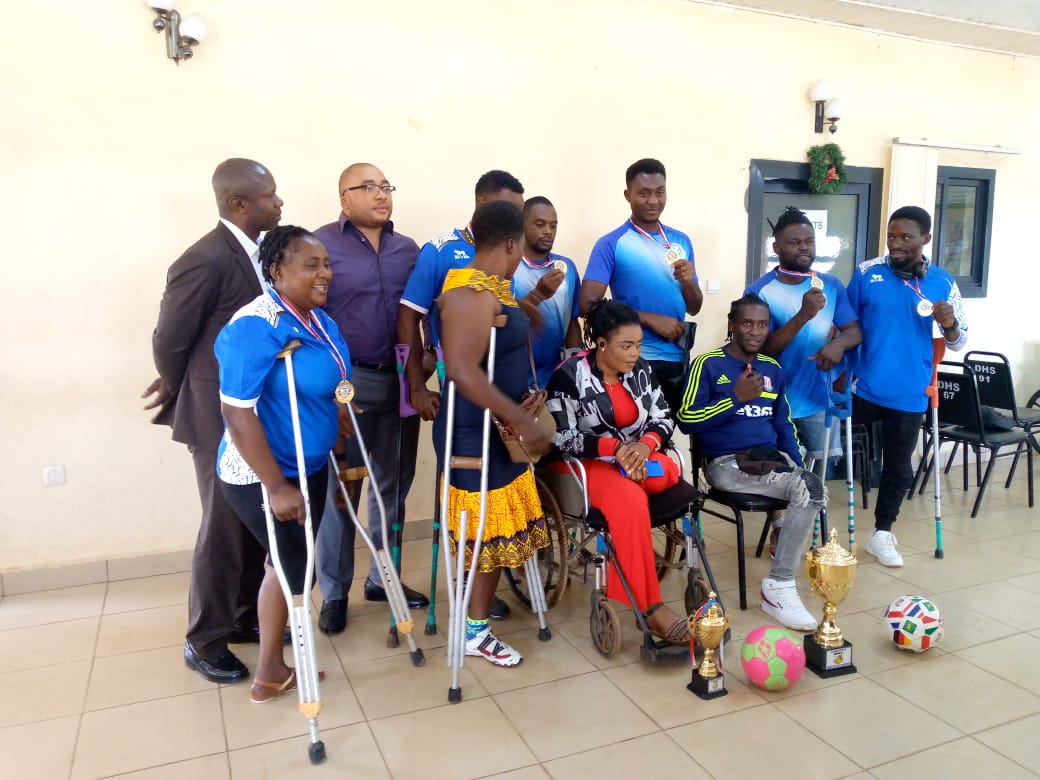 Abakwa Boys Amputees FC, champions of the just ended first edition of the National Amputees tournament have said financial difficulties is their greatest obstacle as players of the team eye the November 2021 Africa Amputees Championship if selected with the national team, to be hosted by Tanzania.
They were speaking during a press outing Wednesday August 11th,at the CBC head office in Bamenda to present their coveted trophy to the public.
The teams coordinator Fon Dieudonne lamented the deplorable financial stress ignited by the fact that despite being amputees, most of them are internally displaced.
"We are from areas hard hit by the crisis and sometimes one is unable to have even a thousand francs.One can't afford food and other basic needs", lamented Fon Dieudonne.
As a team Fon said,they could not afford transportation, lodging and training assistance.He added that if assisted they would be able to do more as they prepare for the continental outing in Tanzania in November this year.
Sounding very optimistic he invited their peers who are still lagging behind either due to trauma or myth to come out and join them.
The Abakwa Boys Amputees FC have so far been receiving support from the Socio Economic Empowerment of Persons with Dissabilities(SEEPD),an arm of the Cameroon Baptist Convention (CBC).
SEEPD programs manager Awa Jacques Chirac present during the press conference congratulated the club for their brilliant performance and promised SEEPD's unstoppable support to them.
He highlighted the need for those with disabilities to smart out from their brooks and develop the talent in them.He used the opportunity to call for inclusion in all aspects of the society that will enable persons with disability to contribute their own quota in nation building.
The team's coach on his part promised to bring the continental trophy home.While noting that the their doors are still open for the recruitment of new players,he called on the public like the SEEPD program of the CBC to come to their assistance.
They will in days ahead be meeting with the living forces of Bamenda and beyond to canvass support.
By Manace Vushiwo Vubangsi in Bda.
Makatinews 671930568